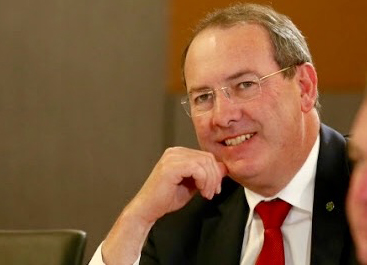 Peter Hendy is one of Australia’s leading economic commentators.

Born in Brisbane and educated at the University Of Queensland, he graduated top of his year with a Bachelor of Economics (First Class Honors). He was awarded Doctor of Philosophy (PhD) (Government) in Government, Trade Policy and Economic Policy from the University of Canberra in 2012. Peter is a commissioner of the Commonwealth Grants Commission. He is the Co-Chairman of the advisory board of The Cornerstone Group and on the board of the Council for Australian-Arab Relations. He is also a director of the think tank China Matters  Ltd and a member of the board of directors of the Infants Home: Child and Family Services. 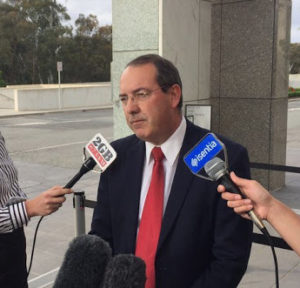 A widely-regarded media commentator, he has had articles published in the Australian Financial Review, The Australian, The Sydney Morning Herald, The Age, the Daily Telegraph, The Courier Mail, the Herald Sun, the Adelaide Advertiser, The Bulletin, Business Review Weekly, the West Australian, and has appeared on hundreds of television and radio interviews.  He has also published articles in the Economic Society of Australia’s Economic Papers; Taxation in Australia, the journal of the Tax Institute of Australia; the Centre for Independent Studies’ journal Policy; and the Australian Institute of Public Adminstration’s Australian Journal of Public Administration. In 2006 he was commissioned by the Australian Treasurer to co-author with Richard Warburton a report titled International Comparison of Australia’s Taxes.

Peter was chief executive officer of the Australian Chamber of Commerce and Industry (ACCI) between 2002 and 2008. He was  a ministerial office chief of staff in the defence; education, training and science; and employment, workplace relations and small business portfolios between 1998 and 2002, and previously worked as an economic consultant in the private sector in Brisbane and, for a number of years, a senior executive service officer in the NSW Cabinet Office in Sydney.
He began his career in the Australian Treasury as a cadet and his early career was spent as a senior economic adviser to a number of shadow treasurers between 1987 and 1993.

Over the years he has been on a large number of committees and working parties and has represented the Australian business community overseas.

He has represented ACCI at:

He has been a member of the board of directors of the following corporations: